Zebras
by Ruthann
The front feet are more delicate than the back feet. Mostly male zebras fight.  When zebras have an itch they scratch themselves on a tree.  Zebras dig to find water when they track it down.

Big Cats
by Jenna
Some big cats are lions and tigers.  Lions and tigers can weigh up to 50 pounds.
A female lion doesn’t have a mane.  Lions live in Africa.  Their parents live in groups.  Big cats are warm blooded.

Cheetahs
by Ruthann
Let’s save the cheetahs!!  Cheetah’s are born with their eyes closed.  When mom goes hunting her mate is not with the cubs.  Sometimes she could leave them alone for hours.  They blend into the surroundings with their spots.  Even though their predators cannot see them they can smell the cubs.  The mom moves around with her cubs a lot.  Most baby cheetahs don’t make it to be an adult.  They are lucky if they do.  Let’s save the cheetahs.

Giraffes
by Ruthann
Giraffes from different parts of Africa have different patterns.  Giraffes can walk as fast as you can run.  The nick on a giraffe can be six feet long.  Its tail can be the same size.  Giraffes foot prints can be as large as dinner plates.

Horses and Ponies
by Keara

Many thousands of years ago, horses were wild animals.  They roamed around in big groups called herds. There may be up to eight mares in a herd.  A mare is a grown-up female.  There is usually one stallion.  A stallion is a grown-up male.  Horses and ponies feel safer in a herd.  When a mare and a stallion get together it is called mating.  Some breeds have long slim legs, which help them run fast.  At first a foal, baby horse, wobbles on its weak legs, but after a few hours it can walk and run.   People hunted horses for meat and to make clothes out of their skin.  These wild horses are called mustangs in North America.  Spanish explorers brought horses to North America about 4,000 years ago. Another way to keep a pony is in a stable.  This keeps a pony safe, but it is a lot of work.  The horse coat must be brushed until is shines.  Some breeds are too small to ride so they are kept as pets.
Questions for readers:
Can horses still be wild animals?
Can mustangs still live in North America?
Can people still hunt horses?
Can some breeds still be too small to ride?

Wild Dogs
by Keara
Wild dogs are cute.
Wild dogs fish for their own food.
Wild dogs can be dangerous.
Wild dogs can be harmless.
Wild dogs can live in packs
What I Want to Know
Why do they hunt for hyena’s?
Why do they bite zebra’s noses?
Why do some look really weird?
Why do they carry their babies by the neck?
What I Learned
Wolves may travel as much as 35 miles a day.
The legs on some wild dogs are so long that it appears to be walking on stilts.
The stilt like legs help the wild dog live in the tall grasslands of South America.
The bush dog of America doesn’t even look like a dog.
Bush dogs often catch pacas, one of the larger rodents in the water.
When a paca is chased, it usually runs into the water to escape.
One dog chases the paca into the water while another waits there for it.
Even when it sleeps, a wild dog’s ears stand straight up so it can catch sound made my other animals at all times.
Keeping its ears up, helps the wild dog catch pery and let’s it know when danger is near.
A wild dog’s body is almost all muscle.
This muscle makes it very strong for its size.
Some wild dogs probably began to depend on humans thousands of years ago, when people lived as wandering hunters.
You’ve seen cats in trees, but have you ever seen a dog in a tree?
Grey foxes live deep in the woods and they are excellent tree climbers.
The longer an animal’s legs are the more ground they can over with every stride.

Whales
by Brooklyn
Did you know that baby whales drink milk.  Whales are mammals.  A baby whale is called a calf. A humpback whale is in her mother’s body for a whole year.  Warm water is a perfect place for a newborn whale.  Humpback whales have two blow holes on the top of their heads.  When a humpback whale comes up for air, it blows out the old air from its lungs.  Some whales can go under water for one hour without any air.  Di you have any questions about whales?

Tigers
by Ruthann
If tigers are really hungry they might even attack a bear.  It would take 13 men to pull as much as a tiger can pull.  A tiger can eat as much as 100 pounds at one time.  It could go days without eating.  When tigers want to share a kill they roar.

Polar Bears
by Brianna
The biggest polar bear was a male that stood 11 feet. Polar bears can jump a distance of 20 feet.  People search and search for polar bears so they can learn more about them. A seal isn’t easy to catch. The polar bear has many techniques to catch a seal.

Hermit crabs can molt right in their shells.  A hermit crab can break a pencil with its large claw.

Whales
by Jenna
A Blue Whale is a baleen whale.  The blue whale is the biggest whale of all.  Jenna then presented us with a quiz on whales:
Do some whales have humps on their backs? (yes, humpback whales)
Do whales sing?  (Yes, it is how they talk)
What color are they? (blue, black and white, gray, white)
Can a whale be bigger than 3 school buses? (yes, the blue whale)
Thanks Ruthann and Jenna for teaching us so much about whales! 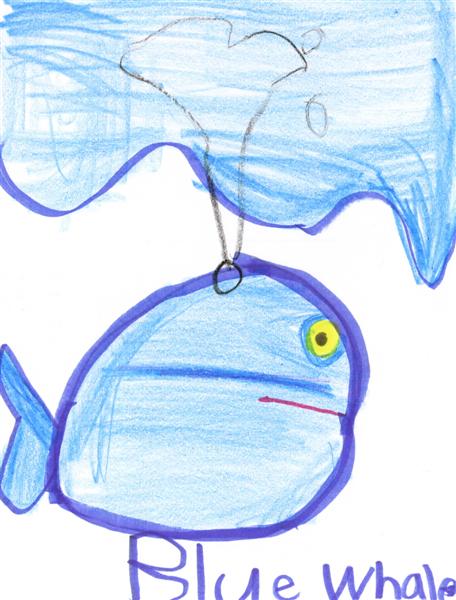 Blue Whales
by Ruthann
Blue Whales have lived in the ocean for 50 million years.  Whales like to travel and explore.  Scientists separate the whales by dividing them into two main groups.  People use to hunt whales for meat.  Whales are born tail first.  Whales and peaceful and intelligent animals.

Elephants
by Nick
A baby elephant is also called a calf.  Long ago the first tanks used in war were elephants.  Elephants are still used for transport and heavy work in South Asia.  Elephants eat minerals and salts mixed with more than 1,500 pounds of mixed grains.  Treats for elephants are offered in the form of 3,000 cabbages, apples, carrots, and other vegetables. 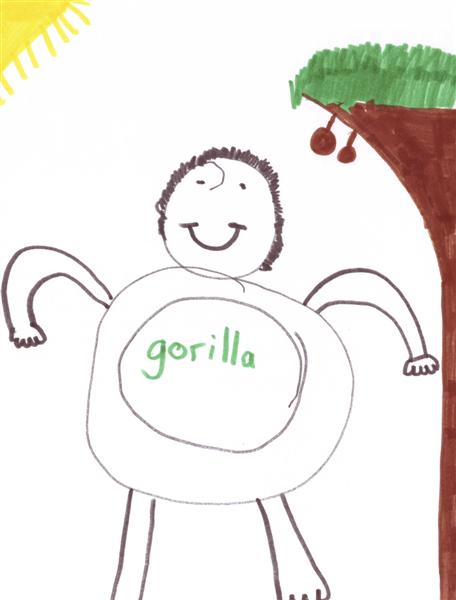 Gorillas of the Wildlife
By Connor and Keegan
Koko is a gorilla that can do sign language.  Koko has a kitten.  The boss of the gorillas is the oldest male silverback.  A silverback has an assistant called a blackback.  Gorillas eat fungus.  Fungus is really bad for you!  They also eat leaves, tubers, flowers, and fruit.  The future of gorillas is not good, because people are ripping up their habitat.  We are not going to let that happen!!! 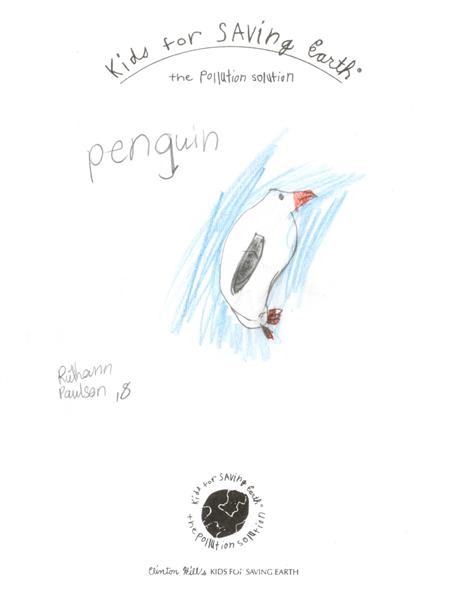 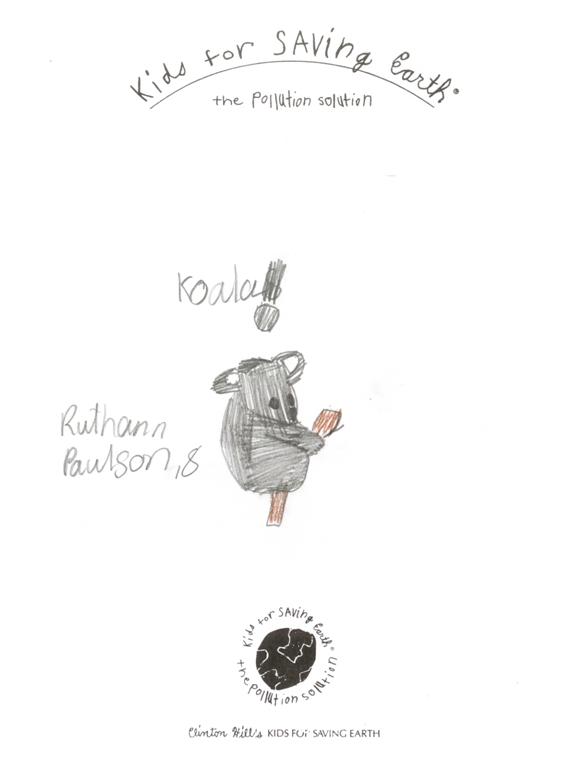 Penguins
By Ruthann
Penguins have to drink salt water.  They have glands that keep salt out of their tummies.  Some penguins get out of the water by swimming fast and shooting up out of the water like mini-rockets.  Baby penguins can eat about 2 pounds of food per hour.  Penguins need to be aware of seals.  They usually wait to dive until the seal is gone.

Koalas
By Ruthann
The bodies of koalas are made for climbing.  Koalas look sweet and cuddly, but they have a lot of muscles.  The can run as fast as a rabbit, even though they don’t like to walk on the ground.  The first koala that was found was called the New South Wales Koala. 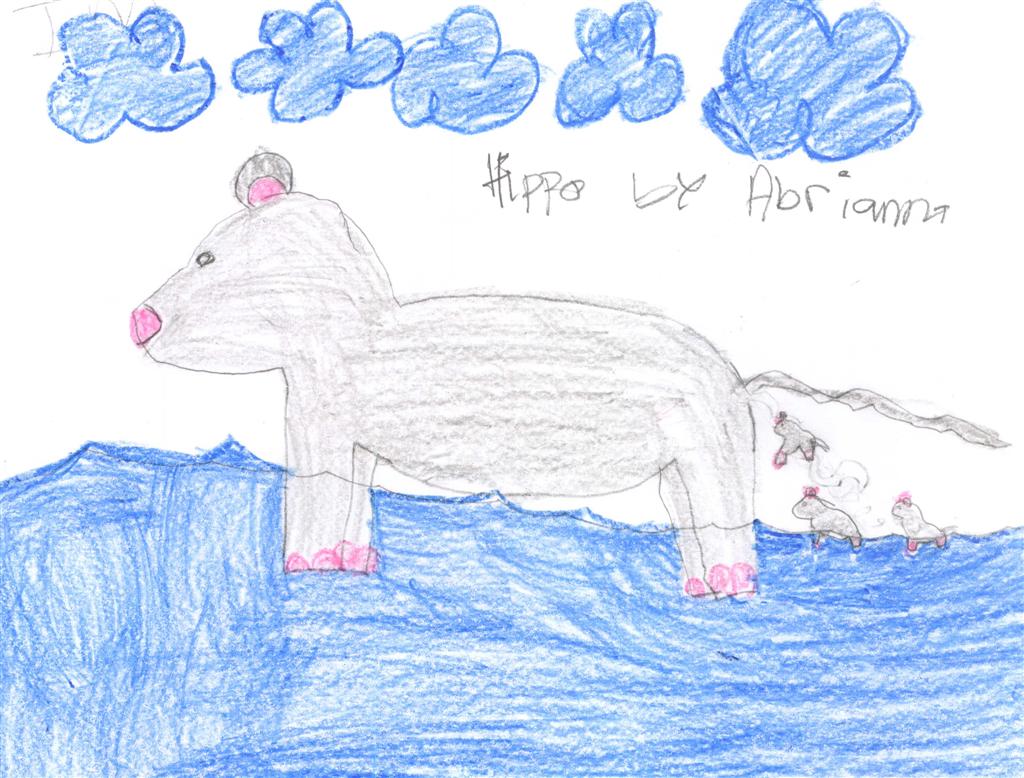 Hippos are great!  Some hippos can go weeks without food, shade, or water.  But they must stay in mud.  When Hippos go to feed it is about six miles.  Some hippos can barely move, and an angry hippo can go faster than a human. 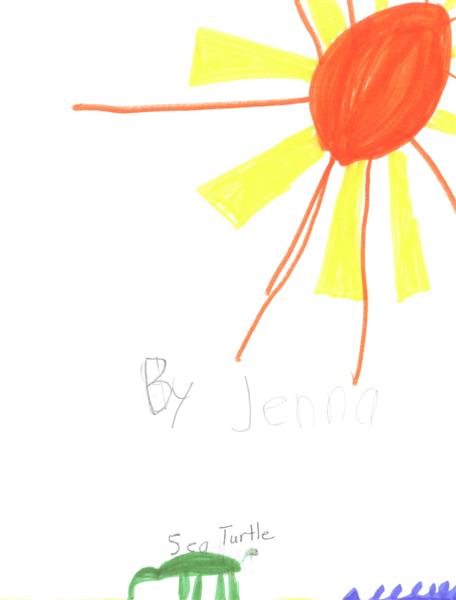 Turtles are cool!  A sea turtle’s shell has gray, brown, and orange colors in it.  They are almost the oldest living species.  They were around when there were dinosaurs.  A baby sea turtle can or cannot make it to the sea.  Sea turtles can swim very far. 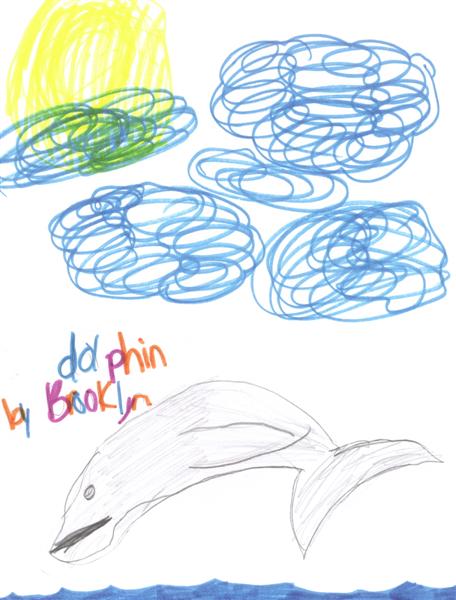 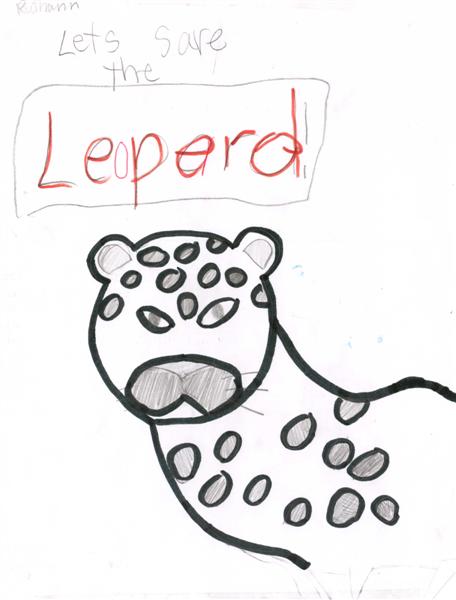 Today lots of leopard habitats are gone.  They mostly live on the Arizona borderlands of the U.S. and Mexico.  More and more leopards are disappearing.  At least twenty-five have been killed including females and kittens.  They are endangered animals.  That is why we should save them.  They are also my favorite animals. 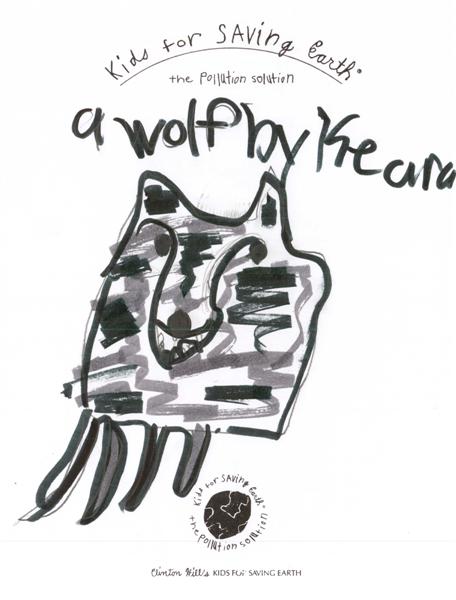 I learned a lot about wolves and you will too!  When wolves hunt, the colors of their fur can help them get closer to their prey without being seen.  Wolves that spend a lot of time in dark forests often have darker fur.  By two weeks of age, the pups can walk.  A week after that, they can come out of the den for the first time and play with each other.  About twelve days after they are born, the babies open their eyes.  Their eyes are blue at first, but they change to yellow and after that they change to brown. 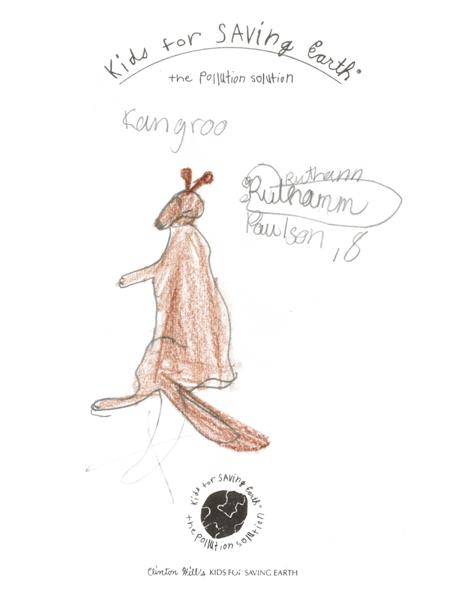