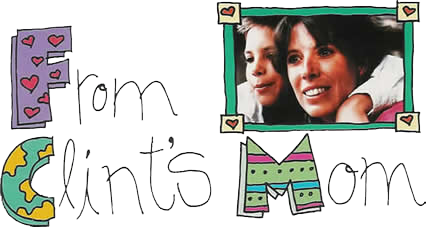 Clinton Hill was special… not because cancer tragically took his life at the age of eleven, but because the life he lived displayed courage and sensitivity to the world around him.

He couldn’t understand what we were doing to our planet — we dumped poisons into our skies and rivers and showed neglect for our precious plants and animals. How, he wondered, could we do such things? Of course, we all continue to wonder. But here is where Clint was different.

He didn’t just wonder. He acted. He started a club for kids, dedicated to peaceful Earth-saving actions. The first club was in his school, Sunny Hollow Elementary in New Hope, Minnesota. He called it Kids for Saving Earth. 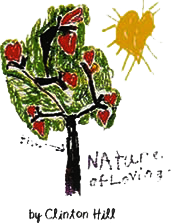 When Clint was only seven years old he made a poster that said, “We need to most to understand nature.” He was concerned that we all need to better understand how and why life on Earth was being harmed by the pollution we make. He knew that some plants and animals were disappearing from our Earth forever. That means they are extinct. As he grew older he decided he wanted to become a scientist and an inventor and wanted to discover how he could help protect the Earth from the pollution that is harming it. Clint enjoyed doing lots of things, but he was most interested in learning more about outer space and also about nature around him. He loved to go on camping trips and play in the woods next to our home. From the time he was little Clint liked to give himself names. When he was 10 years old his Dad asked him what he wanted to call himself. He said, “Call me a Defender of the Planet and a Nature Lover.” Clint was also very loving. He believed that everything we do to help the planet should be done in a peaceful, caring way.

When Clint was 10 years old a very sad thing happened. He was diagnosed with a cancerous brain tumor. He believed that his sickness was caused in part by an unhealthy environment. He decided it was time to do something about the environment. One night, during the time he was going through treatment, he drew a colorful poster for the club he wanted to start with his friends. On it, he wrote, “Kids for Saving Earth (KSE), The Pollution Solution.” We now use these words and artwork as the KSE symbol or logo. Clint also knew that it would take money to help protect the Earth. He had a box that he used for saving money to buy gifts for family and friends. He decided to change it to his KSE box. One night while his Dad and I were having a party, he visited with everyone and asked for donations to Kids for Saving Earth. He said, “put your donation in this box please.” He collected $4.50. That’s how Kids for Saving Earth began!

The treatment for Clint’s cancer did not work and when Clint died, his mother and father made Kids for Saving Earth and official non-profit organization to help carry on Clint’s dream of a healthy planet. Clint was a kid just like you. That’s why he knew that you would be able to help him take care of our planet. And as you learn about the Earth and work to protect it, remember to always act peacefully, as Clint would.